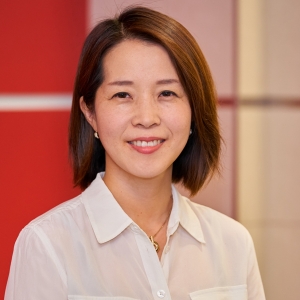 Euh-Ah Kim earned her B.S., Physics, 1998, Seoul National University, M.S., Physics, 2000, Seoul National University. Ph.D., Physics, 2005, University of Illinois at Urbana-Champaign, was a Postdoctoral Scholar, Stanford University, 2005-2008, and Professor, Physics, Cornell University, 2019.  Her research interests lie in the theoretical study of the collective phenomena condensed matter systems exhibit, and in understanding how such phenomena emerges from microscopic physics. She is especially, interested in the physics of strongly correlated systems: systems consisting of many strongly interacting degrees of freedom. Strong correlations can lead to a surprisingly rich diversity of novel phenomena that are highly non-trivial from a single particle perspective. Over the last few decades, new experimental discoveries, through the development of new experimental probes and the fabrication of ever more exotic materials and devices, have been raising unexpected and conceptually deep questions. The possibility of obtaining a non-trivial understanding through a close interaction and synergy with experimental colleagues make the theoretical study of this field exciting and rich.

Among various topics that fall under the above category, she is currently focusing on 1) Fe and Cu based High Temperature Superconductivity, 2) Topological phases, 3) Application of neural network based machine learning.

Twisted Bilayer Graphene (TBG), a graphene bilayer with one layer oriented at a certain angle relative to the other, has been undergoing a wealth of research due to its superconductive properties at the ‘magic angle’ (~1.1 degrees). STM images of TBG twisted to the magic angle will be examined; under certain voltage bias slices, the TBG exhibits spontaneous symmetry breaking. Although this is visually apparent, there is a need to quantify such a qualitative observation. Machine learning (ML) techniques can structure the data which in turn can describe and quantify symmetry breaking. However, raw STM images have too many features for an ML algorithm to adequately describe. Therefore, we construct a smaller set of peticular features of the STM data that retain the symmetry breaking characteristics while also reducing enougth to be appropriately analyzed by an ML algorithm. The results of the ML algorithm characterizes the structure of the data and gives insight into the type and degree of symmetry breaking.­

How can machine learning (ML) be used to quantify the kind and extent of symmetry breaking seen in STM data of TBG which is rich in data yet limited in sample size?

The nature of the project is very exploratory and requires that tasks be dynamic. The first step to the project will be to find a natural way to represent the data, so that a machine learning (ML) algorithm can reasonably act on it but still preserve the characteristic symmetry breaking. Such a task must also be generalizable to ensure that the same ML algorithm can be applied to multiple data sets without manual bias. Once an appropriate feature selection algorithm is achieved data can be fed into a ML algorithm. The results of the algorithm can be interpreted to conclude if the results given can be used or not. If not there are several hyperparameters of the ML algorithm that can be tuned to achieve better results. Then several test data sets can be used to verify the *appropriate hyperparameters. Finally, all of the data sets may be analyzed and interpreted to find descripted and hopefully quantifiable attributes of the data. This may lead to a method quantifying TBG symmetry breaking. Depending on the status of the project’s experimental colaborators, there may be the possibility of obtaining more data, which could further prove or refine the methods previously employed. Ultimately, a general algorithm could be created that quantifies and defines the symmetry breaking that TBG undergoes in different circumstances.

All of the above will be done by the REU student. However, direction and close advisory will be given to ensure that the project stays on path and is successful.