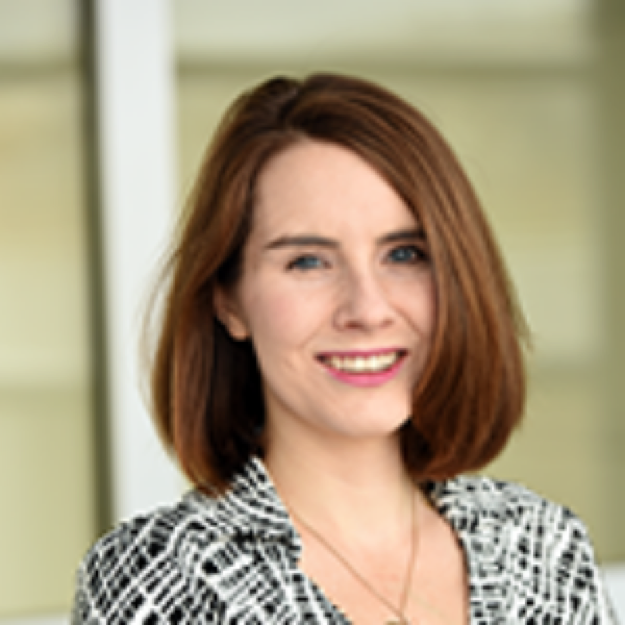 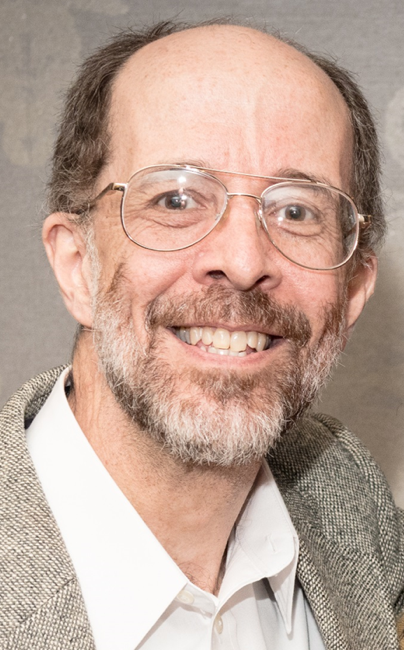 Paul C. Canfield, Ph.D., graduated, suma cum laude, with a B.S. in physics from the University of Virginia (Charlottesville) in 1983. He received his Ph.D. in experimental condensed matter physics from the University of California, Los Angeles in 1990. From 1990 to 1993, Dr. Canfield was a postdoctoral researcher at the Los Alamos National Laboratory in New Mexico, working with Drs. Joe Thompson and Zachary Fisk. In 1993, Dr. Canfield joined the Ames Laboratory at Iowa State University (Ames). Since then, he has become a senior physicist in at the laboratory a Distinguished Professor of Physics, at the university, holding the Robert Allen Wright Professorship. Dr. Canfield’s research is centered on the design, discovery, growth and characterization of novel electronic and magnetic materials. He has made key contributions to the fields of superconductivity, heavy fermions, quantum criticality, quasicrystals, spin glasses, local-moment metamagnetism, and metal-to-insulator transitions. Dr. Canfield has helped to educate and train researchers in experimental, new-materials-physics throughout the world, emphasizing the need to tightly couple growth (often in single crystal form) and measurement of new materials. Dr. Canfield is a fellow of the American Physical Society (APS). He was awarded the 2011 Department of Energy Lawrence Award for Condensed Matter Physics. In 2014, Dr. Canfield was awarded the APS David Adler Lectureship Award in the Field of Materials Physics, and was named a Gordon and Betty Moore Materials Synthesis Investigator. In 2015, he received the Humboldt Research Award. In 2017, Dr. Canfield was awarded the APS James McGroddy for New Materials Research. 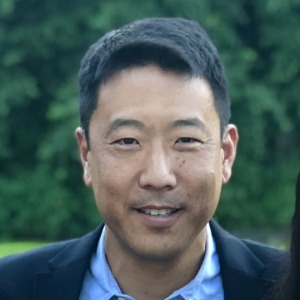 Harold Y. Hwang is a Professor of Applied Physics and Photon Science (SLAC) at Stanford University. He received a B.S. in Physics, B.S. and M.S. in Electrical Engineering from MIT (1993), and a Ph.D. in Physics from Princeton University (1997). He was formerly a Member of Technical Staff at Bell Labs (1996-2003) and Professor at the University of Tokyo (2003-2010). His current research focuses on correlated electrons and emergent phenomena at artificial interfaces and in confined systems; atomic-scale synthesis of heterostructures of quantum materials; low-dimensional superconductivity; oxide heterostructures for energy applications; and novel devices based on interface states. Recognitions include the MRS Outstanding Young Investigator Award (2005), the IBM Japan Science Prize (Physics, 2008), Fellowship in the American Physical Society (2011), the Ho-Am Prize (Science, 2013), and the Europhysics Prize (2014, with Jochen Mannhart and Jean-Marc Triscone). 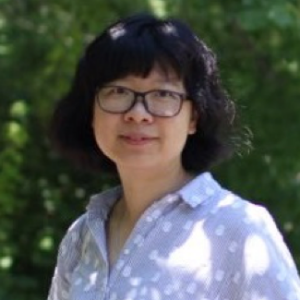 Weiwei Xie received her B.S. from the Nankai University (Tianjin, China) in 2010 and her Ph.D. from Iowa State University (with G. J. Miller) in 2014. Following postdoctoral work with R. J. Cava at Princeton University, she joined the faculty at LSU in 2016. Her group’s research focuses on experimental and theoretical solid-state materials, with a specific emphasis on functional metal-rich compounds, like superconductors, semiconductors, and magnetic materials. In 2018, she was awarded Beckman Young Investigator. 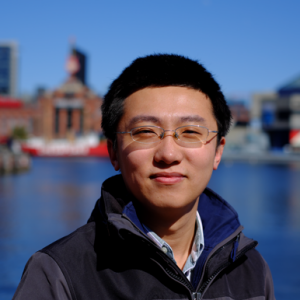 Yufan Li is a postdoctoral researcher at Department of Physics and Astronomy, Johns Hopkins University. He received his B.S. in physics in 2007, and Ph.D in physics in 2013, from Fudan University, China. From 2011 to 2012 he was a visiting scholar in University of Tokyo, Japan. His research interest is studying novel physical phenomena in thin film materials, covering various topics including magnetic skyrmion, pure spin current, topological Kondo insulator and novel superconductivity. His recent works focus on exploring unconventional quantization effects in topological superconductor nanorings. 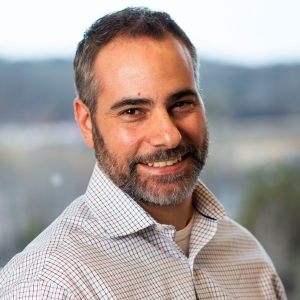 Dr. Paglione, director of the Maryland Quantum Materials Center at the University of Maryland, has contributed to several fields of condensed matter physics and materials research through both single-crystal synthesis of superconducting, quantum-critical and topological materials, as well as exploration of novel phenomena. He is a leader in the fields of strongly correlated electron systems, exotic superconductivity, and topological insulators, superconductors and semimetals. Paglione has made important contributions to the fields of heavy-fermion materials and the quasiparticle picture of correlated materials, and has seeded a world-class effort on topological materials research at Maryland. He is the recipient of a National Postdoctoral Fellowship Award from the Natural Sciences and Engineering Council of Canada, a National Science Foundation CAREER Award and an Early Career Award from the Department of Energy, and is an elected Fellow of the American Physical Society. 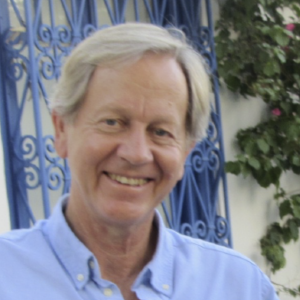 Warren Pickett obtained his PhD in Solid State Physics from Stony Brook University. In 1979 he began his 18 year stint at the U.S. Naval Research Laboratory, obtaining Senior Scientist rank. In the early 1980s he was part of a collaboration on the largest electronic structure computations at the time carried out on a Cray 1 supercomputer at Boeing Seattle, and in 1992 shared with collaborators an IBM Supercomputing Award. In 1997 he moved to the University of California Davis. He has focused on computation materials research and design since the early 1980s and has nearly 500 publications in the primary scientific literature. His professional awards include a von Humboldt Professorship in 2005-2006 and a year as Simons Fellow in 2012, half of the year spent in Singapore. He served as Physics Department chair from 2008-2011, and during the same period was in the Chair line of the Division of Condensed Matter Physics of the American Physical Society, serving as Chair in 2010-2011. In 2014 he made a two-week visit to Iran and accepted an Adjunct Professor position at Sharif University.

Prof. Pickett has engaged in computational materials design since the early 1980s and has nearly 500 publications in the primary scientific literature. His interests include many aspects of superconducting and magnetic materials (and magnetic superconductors); materials with topological electronic states; nanoscale-structured materials such as metal-oxide interfaces and heterostructures; quantum (strongly correlated) crystalline matter: materials phases and properties at high pressures. Most of this work has been addressed from a density functional theory viewpoint. 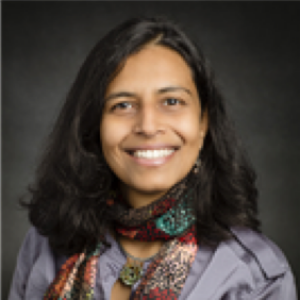 Professor Madhavan received her bachelor's degree in 1991 from the Indian Institute of Technology, Chennai, and a master of technology degree in solid state materials in 1993 from the Indian Institute of Technology, New Delhi. She obtained her phD from Boston University in 2000. She held a postdoctoral appointment at the University of California, Berkeley from 1999 to 2002, before joining the physics faculty at Boston College in 2002. She joined the faculty at Illinois in 2014 as a full professor. 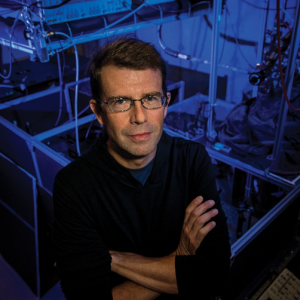 N. Peter Armitage is a Professor in the Physics and Astronomy Department at Johns Hopkins University. He received his B.S. in Physics from Rutgers University and his Ph.D. from Stanford University in 2002. He is a physicist whose research centers on material systems which exhibit coherent quantum effects at low temperatures, like superconductors and "quantum" magnetism. Dr. Armitage's principal scientific interest is understanding how is it that large ensembles of strongly interacting, but fundamentally simple particles like electrons in solids act collectively to exhibit complex emergent quantum phenomena. He is exploiting (and developing) recent technical breakthroughs using very low frequency microwave and THz range radiation to probe these systems at their natural frequency scales. The material systems of interest require novel measurement techniques as their relevant frequencies typically fall between the range of usual optical and electronic methods. 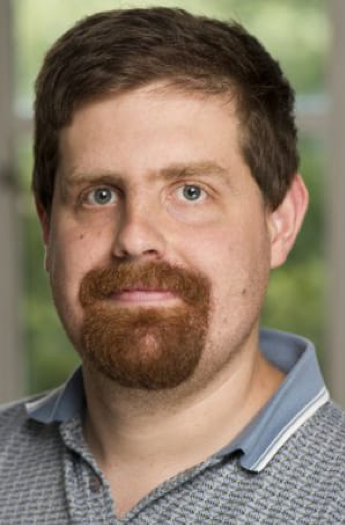 Tyrel McQueen is a professor of chemistry, physics and astronomy, and materials science and engineering at the Johns Hopkins University, and director of the Bulk Materials Facility of the Platform for the Accelerated Realization, Analysis, and Discovery of Interface Materials (PARADIM). McQueen is the recipient of numerous awards including the Packard Science and Engineering and Sloan Research Fellowships. His research focuses on the synthesis, discovery, and analysis of new quantum materials, with a vision of their current and future utility.