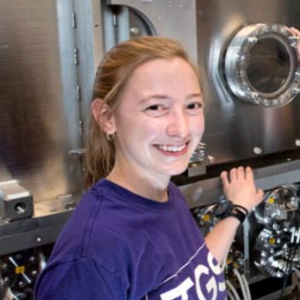 Karen DeRocher has been interested in using materials science to develop new, more efficient materials for structural or energy applications. After hearing about Professor Joester’s work studying biominerals, she was intrigued by this different approach to materials science. Instead of taking the more commonly used approach of mixing materials together to come up with something new, her research looks at how organisms naturally produce minerals, such as calcite or apatite. While these materials can also be made in the lab (sometimes requiring elevated temperature and pressure), organisms are able to achieve very complex, intricate structures at ambient temperature and pressure. The thought of mimicking their production methods to make highly ordered, functional materials without having to expend a lot of energy in a primary interest for DeRocher. After joining the Joester group, her main research interest is studying the chemical and structural changes that occur in human enamel as a cavity develops. Eventually, she hopes that this work will lead to a deeper understanding of enamel formation, as well as the development of better detection and treatment options for cavities. 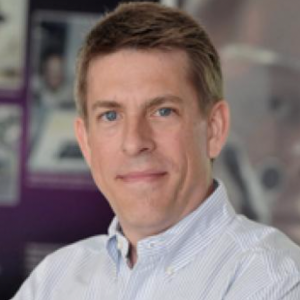 John F. Mitchell is a senior scientist and Division Director of the Materials Science Division at Argonne National Laboratory. He received his A.B.  from Cornell University in 1987 and his Ph.D. from the University of Chicago in 1993 for theoretical studies of defect structures and order-disorder transitions of early transition metal chalcogenides. From 1993-1996, he was a DOE Distinguished Postdoctoral Fellow at Argonne’s Materials Science Division, where his research involved synthesis of superconducting cuprates and then synthesis and crystal growth of rare earth manganites exhibiting colossal magnetoresistance.  Appointed to the staff in 1996, his current research emphasizes strategic synthesis, crystal growth, and structural studies of correlated electron transition metal oxides and chalcogenides using neutron and x-ray scattering.

Mitchell is author or co-author of over 300 peer-reviewed articles in scholarly journals. He has coordinated the development team for a high-resolution powder diffractometer at the Advanced Photon Source, and led the Argonne major initiative in materials design and discovery.  He has also led a project in the DOE Center of Excellence in Synthesis and Processing entitled ​“Spin Polarized Transport in Complex Oxides.” He was awarded the DOE Early Career Award and the Presidential Early Career Award for Scientists and Engineers in 1999 and 2000, respectively. He received the University of Chicago Distinguished Performance Award for Argonne Scientists in 2006. He is a Fellow of the American Physical Society, and a member of the American Physical Society, American Crystallographic Society, Materials Research Society, and American Chemical Society and has served on the Chair Line of the APS Division of Materials Physics. 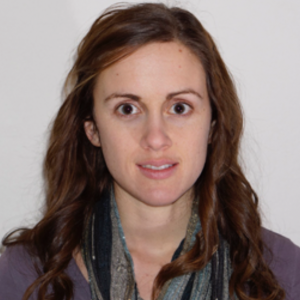 Julia Mundy is an assistant professor in the Department of Physics at Harvard University. She received an AB/AM in Chemistry and Physics from Harvard University and her Ph.D. in Applied Physics from Cornell University. Following her Ph.D. studies, she spent a year at the US Department of Education as the APS/AIP STEM Education Fellow. After a postdoctoral fellowship at UC Berkeley, she returned to Harvard University where she began as an assistant professor in 2018. Prof. Mundy's research program combines atomically-precise oxide molecular-beam epitaxy with picoscale electron microscopy imaging to design, synthesize and probe new quantum materials. She is a recipient of the 2018 APS George E. Valley, Jr. Prize for exceptional contributions by an early career physicist, the 2019 IUPAP Young Scientist award in the field of magnetism and is a Moore Fellow in Materials Synthesis. 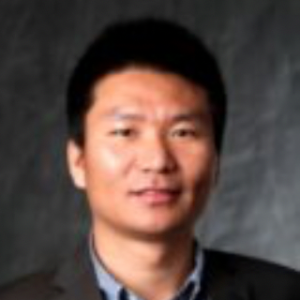 “One focus of this program will be studying how a material’s electrical property changes when a large pressure gradient is applied, i.e. flexoelectricity,” said Shi. “This is an important subject, as the fundamental understanding obtained here could lead to the development of ultra-efficient or ultra-sensitive thermal-related technologies, such as high-performance uncooled infrared sensors.”

> In addition to the AFOSR YIP award, Shi has received funding from the National Science Foundation, the Office of Naval Research, and IBM Corporation. In his three-and-a-half years at Rensselaer, his group has published more than 20 journal articles in prominent scientific journals such as Nature, Advanced Materials, Nano Letters, and ACS Nano. The students he has supervised have received many society awards including a recent Materials Research Society graduate student silver award. 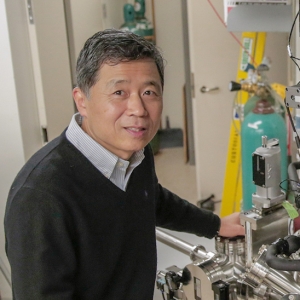 Chang-beom Eom research spans many areas of heteroepitaxy of complex oxides and nanostructure fabrication, from thin film synthesis to characterization and device application of various novel materials. Many new electronic, magnetic and optical devices require sophisticated thin film structures or multilayers, which demand that the thickness be controlled down to one unit cell; other devices may need lateral dimensions to be patterned down to nanometer sizes. Complex oxide materials possess an enormous range of electrical, optical, and magnetic properties. For instance, insulators, high quality metals, dielectrics, ferroelectrics, piezoelectrics, semiconductors, ferromagnetics, transparent conductors, colossal magnetoresistance materials, superconductors, and nonlinear optic materials have all been produced using oxide materials. Therefore, thin films and heterostructures of oxide materials have great potential for novel device applications. A major challenge is to prepare these materials with epitaxial thin film form with atomic layer control and integrate them so that these properties can be fully utilized in electronic devices.